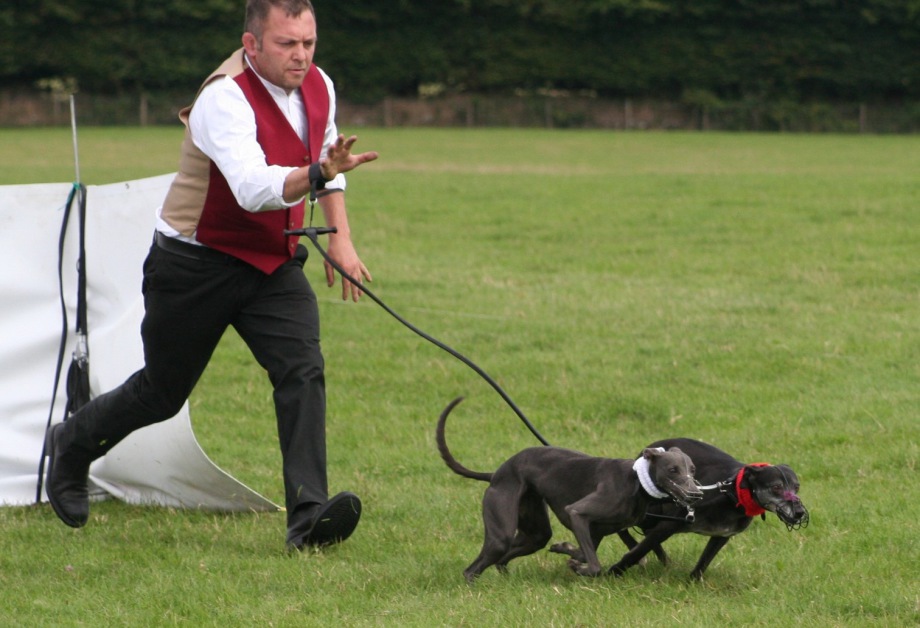 The judge will take up a position in the centre of the laid out course that affords him the best view of the entire course. What the judge sees from his vantage is often not the same as what the spectators see, and this is worth emphasising. At SWC dogs are scored by what the judge sees, on their performance in relation to coursing using a similar point system to the one laid down over 400 years ago.

- Run-out / run-up - The judge will give ½ , 1 or 1 ½ for the speed to the first turn, according to the degree of superiority, plus one point for the turn. 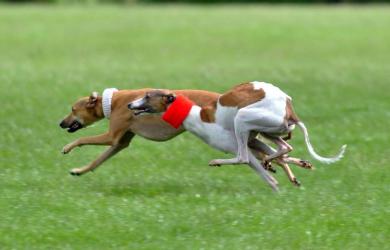 White gains the lead on red!

No allowance will be given to dogs that fall. However, if a dog loses its footing on attempting to strike at the lure, and its opponent makes the next turn, it will not be awarded that point.

The judge decides all courses on the one uniform principle that the dog which scores the greater number of points during the continuance of the course is declared the winner. 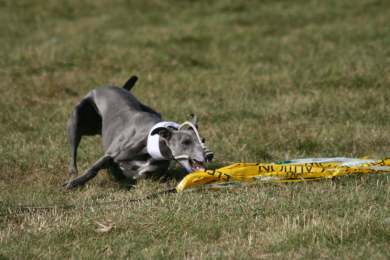 A whippet that catches the lure before the end of the course, may result in a No Course being declared.

If for any reason the shortness of the course means the dogs are not tried together, the judge will indicate a No-course, and the two dogs will go straight back in slips.

Where a judge considers two dogs to be equal, a course will be Undecided. The two dogs go back into slips after two courses.

The judge will signal his decision to by raising a coloured flag:

Red Flag-indicates the red collar has won the course.

White Flag-indicates the white collar has won the course.

No Course and Undecided -wave of hand in direction of slips.